For decades, workers at 1414 Key Highway, the former Mangels Herold Co. headquarters, produced a Baltimore pancake staple – King Syrup.  In the manufacturing heyday, a local business, entrepreneurial spirit permeated throughout the building. Beginning in 1949 and continuing for the next 60 years, the syrup was produced on-site in the Key Highway factory.  In the early 2000’s, the company shifted their production elsewhere and the industrial open plan factory became prime commercial office space.

Rejuvenating the old factory space for Race Pace was both exciting and challenging.  Race Pace has been a pillar in the Baltimore cycling community since 1978, and for this fit-out they contracted AHSa to transform their 13,000 SF piece of the historic factory into a cycling mecca. Like Mangels Herold Co. before them, Race Pace continues the thriving local business spirit that not only defined the building and past occupants, but Baltimore as a whole. Race Pace and AHSa worked hard to make the store a mainstay and hub of bicycle activity in Baltimore’s burgeoning cycling scene with healthy living and exercise as their main inspiration.

AHSa transformed the once-upon-a-time industrial facility into an aesthetically pleasing and modern space that is also highly functional. The period between Mangels Herold moving out and Race Pace moving in saw the large space incrementally broken up and ultimately filled to the seams as a museum storage facility. AHSa was able to look beyond the racks of dusty artifacts and piles of industrial cast-offs to see the great potential of this once lively space. The main focus of the design was to get back to the large, bright and engaging space it once was. By the nature of their business, Race Pace needed ample and open floor space to display their products and assist their customers. Interior partitions were removed, new windows were added and a new main entry on Key Highway was created to engage the street and welcome customers. In the end, AHSa was able to lead a collaborative effort to transform a disused and dark space into a vibrant, energetic, light filled flagship store for a key player in the local business community. 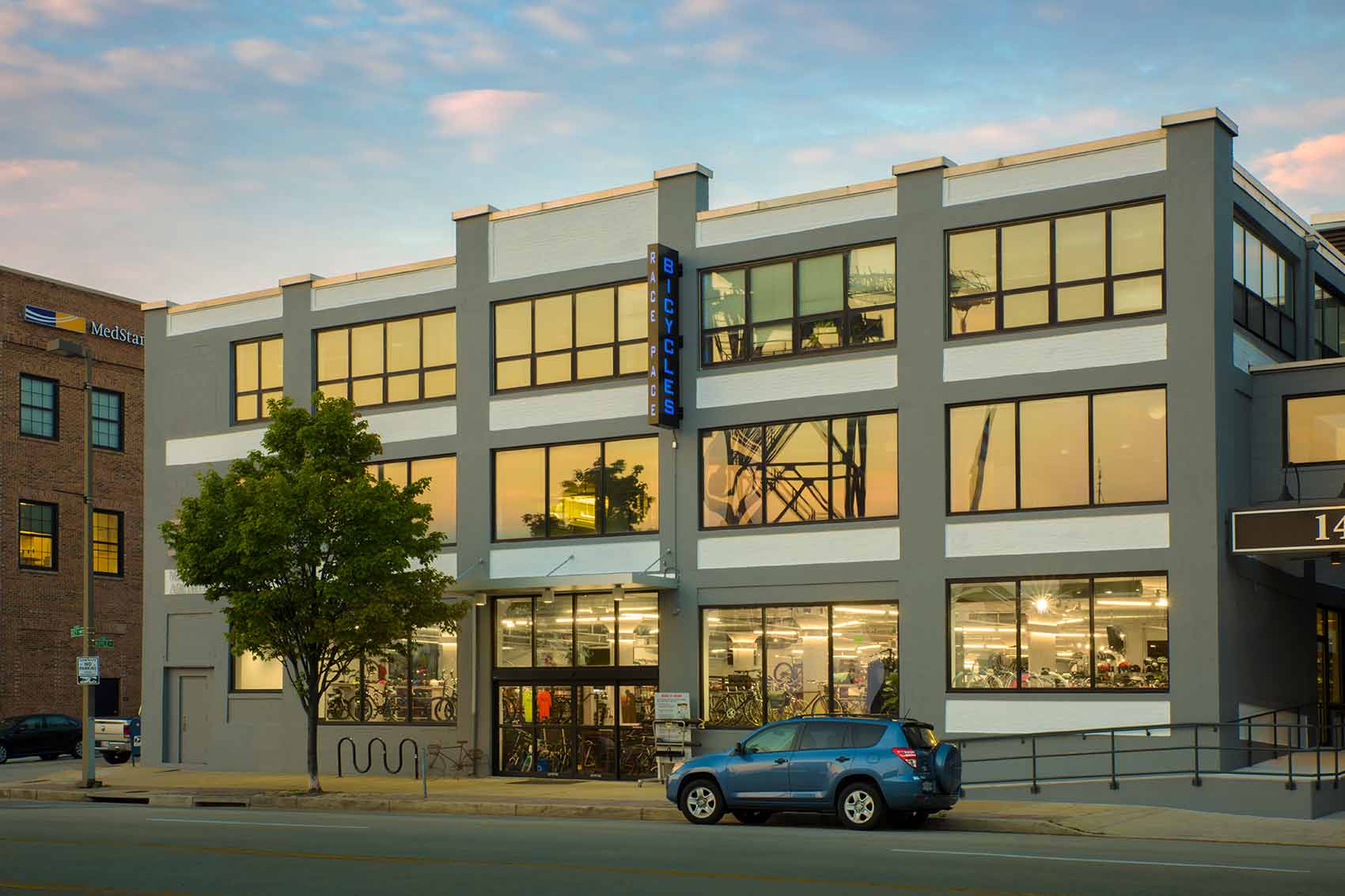 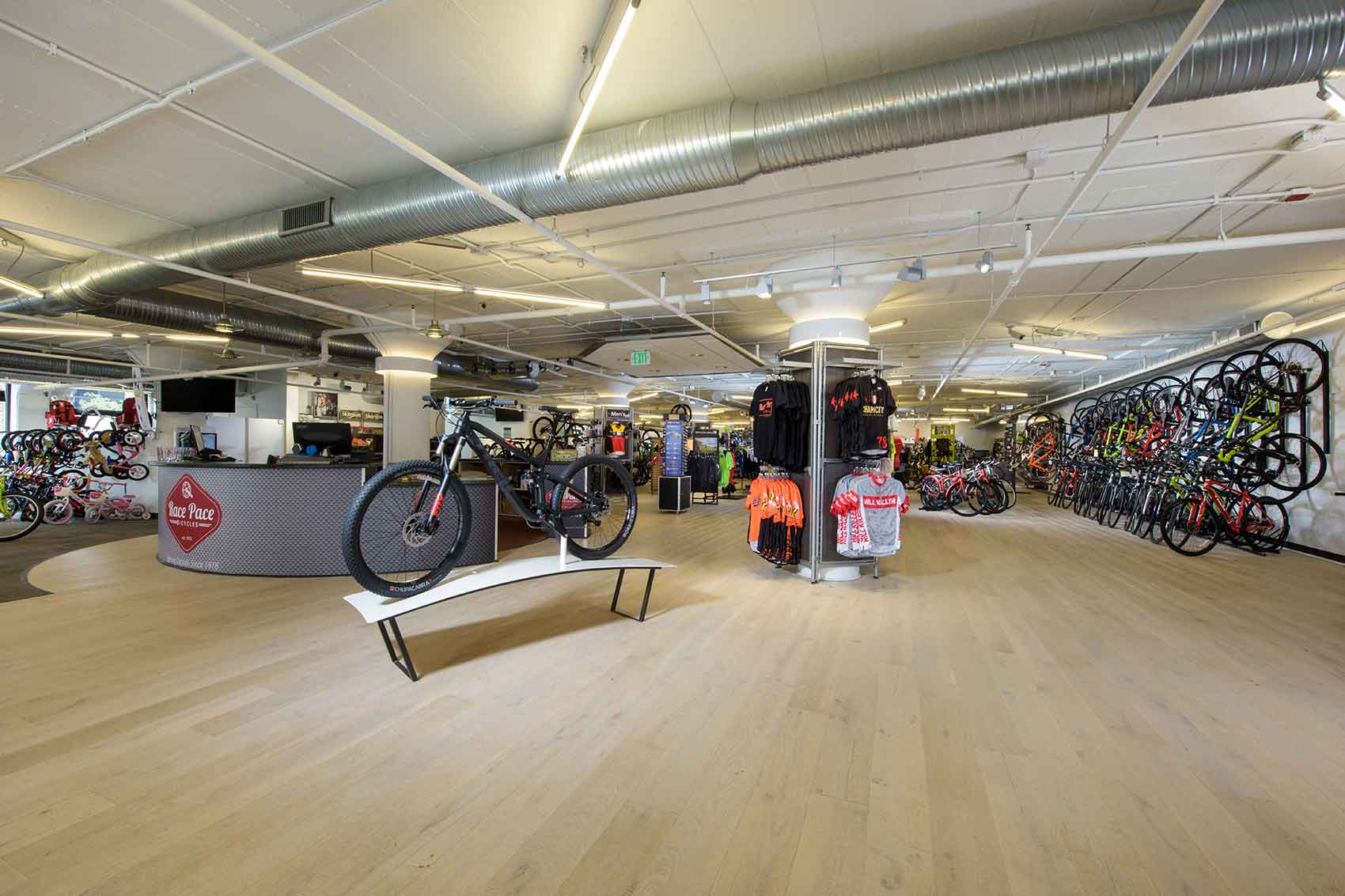